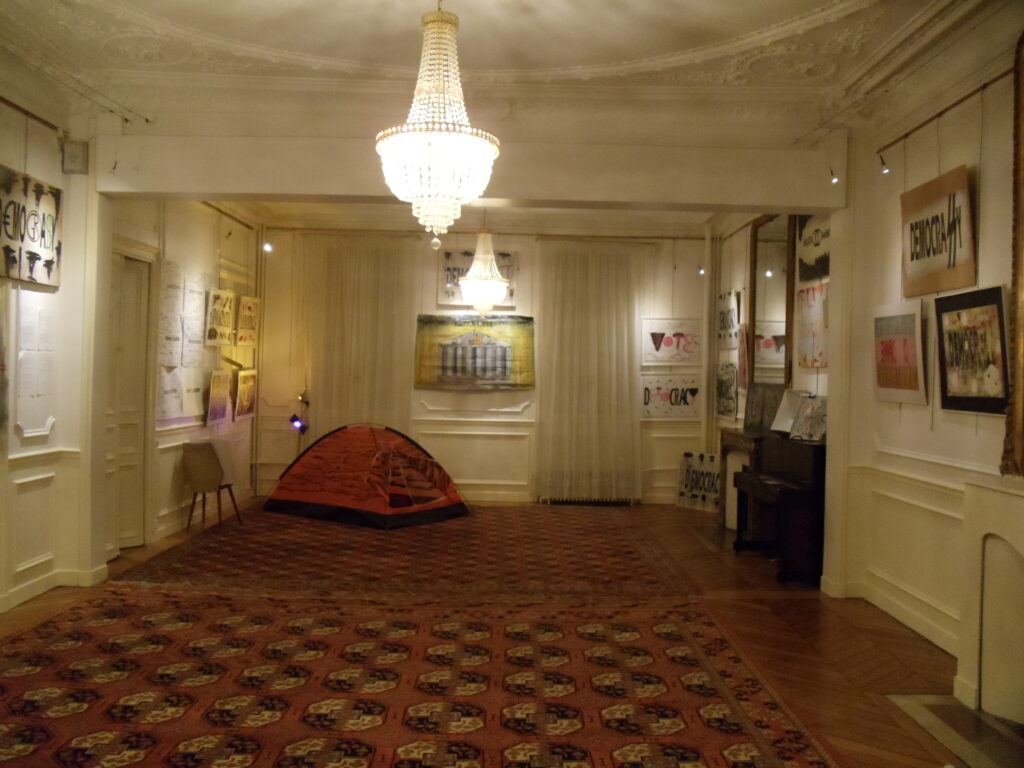 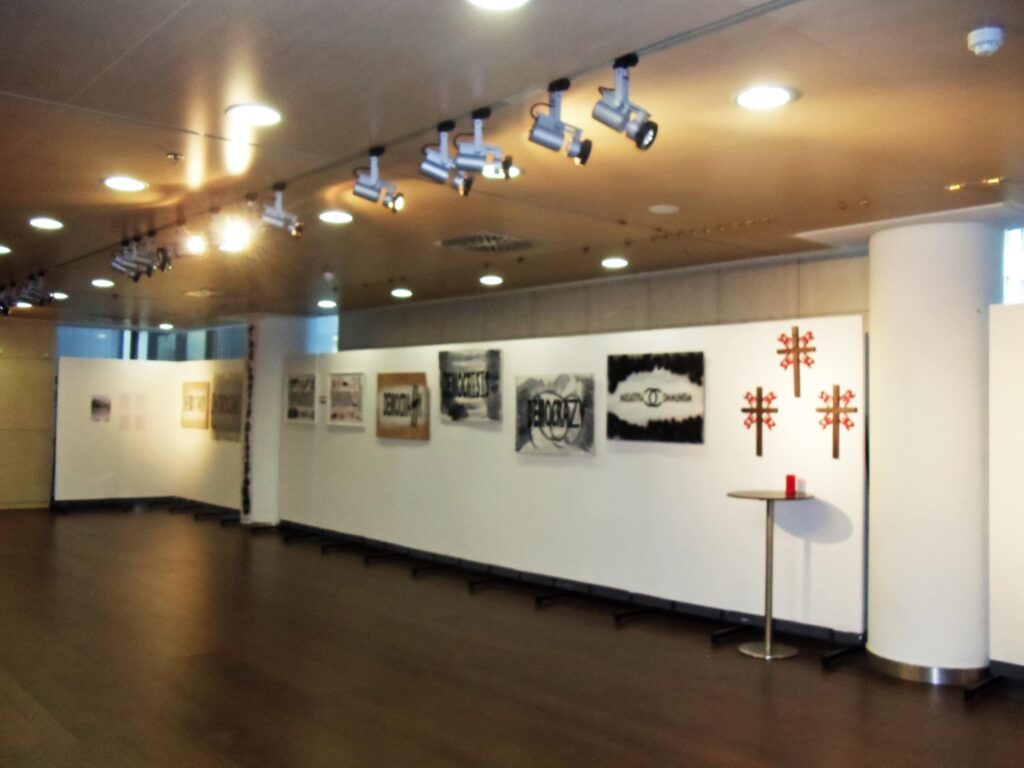 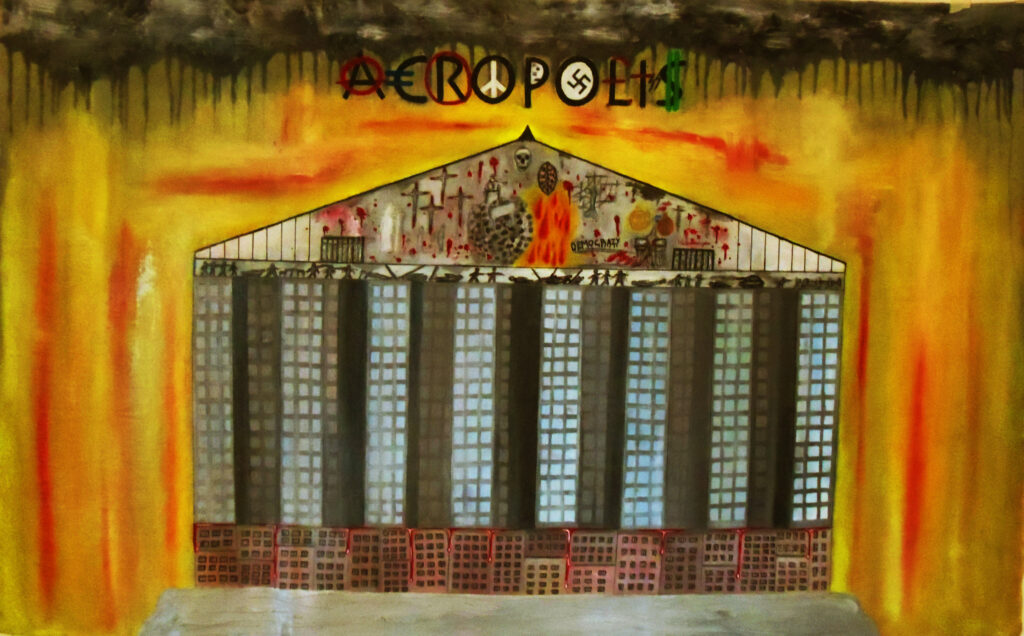 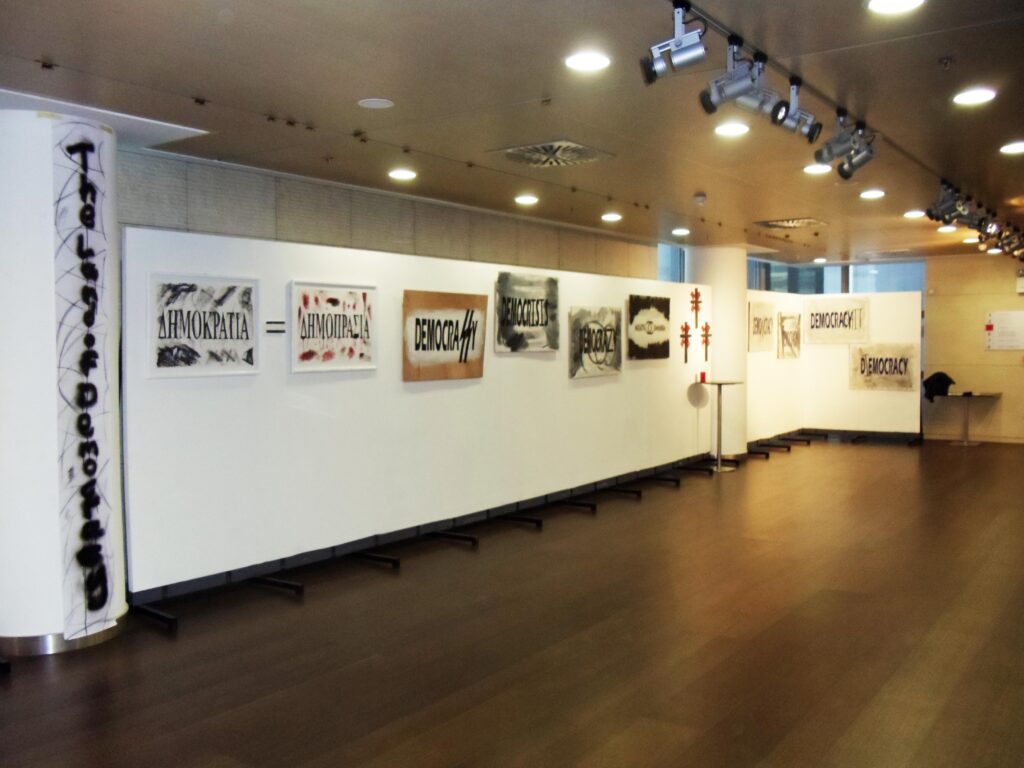 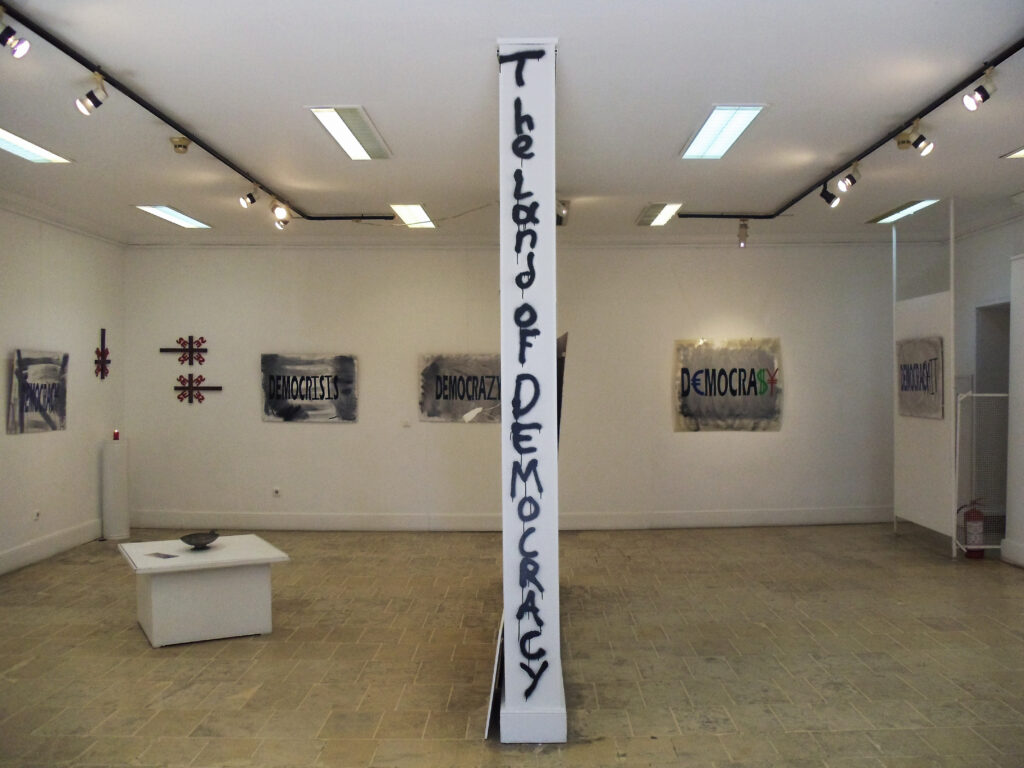 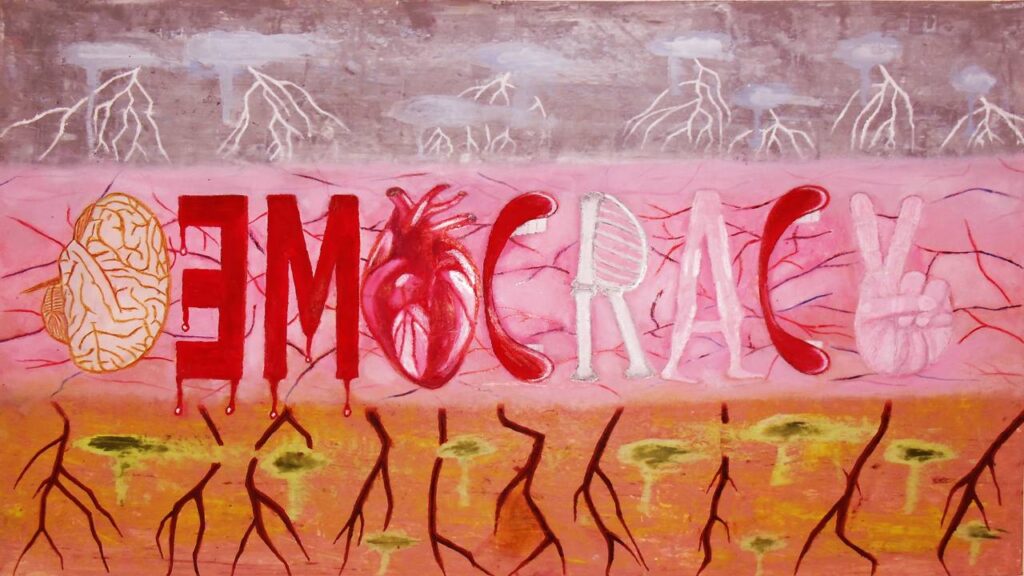 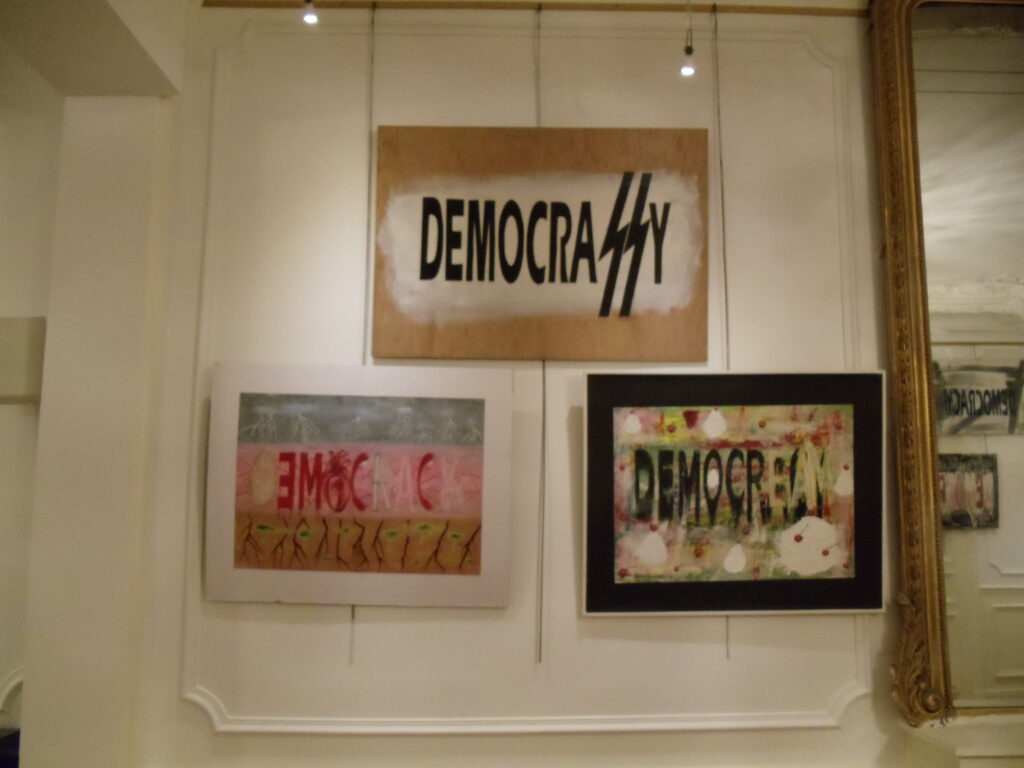 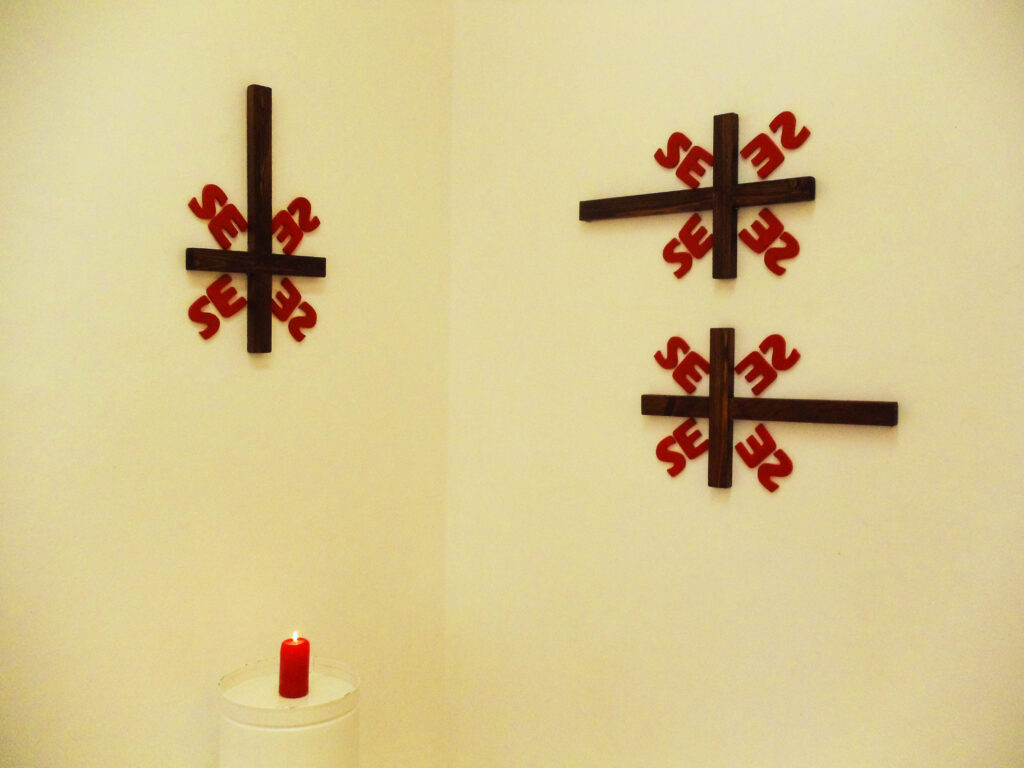 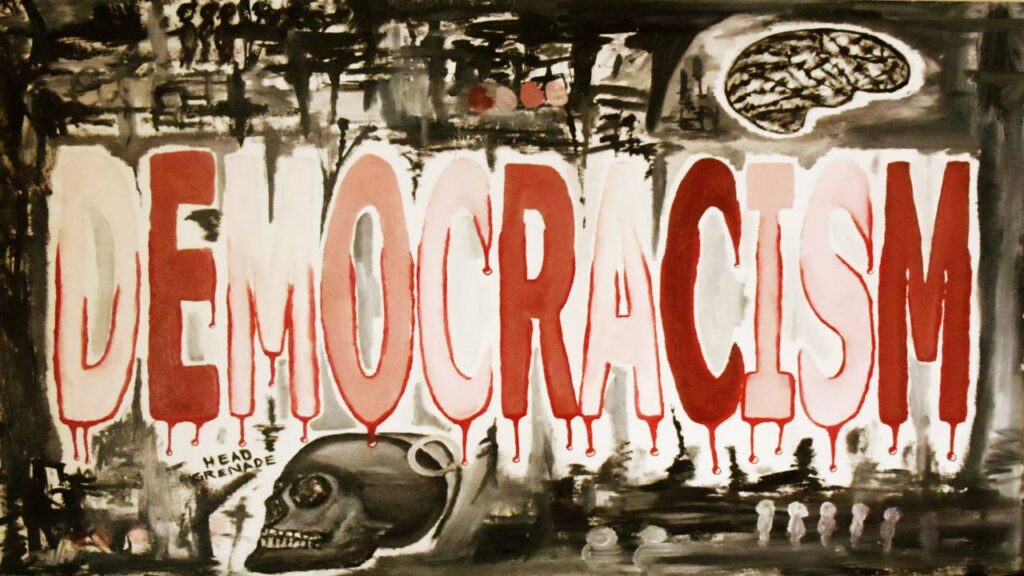 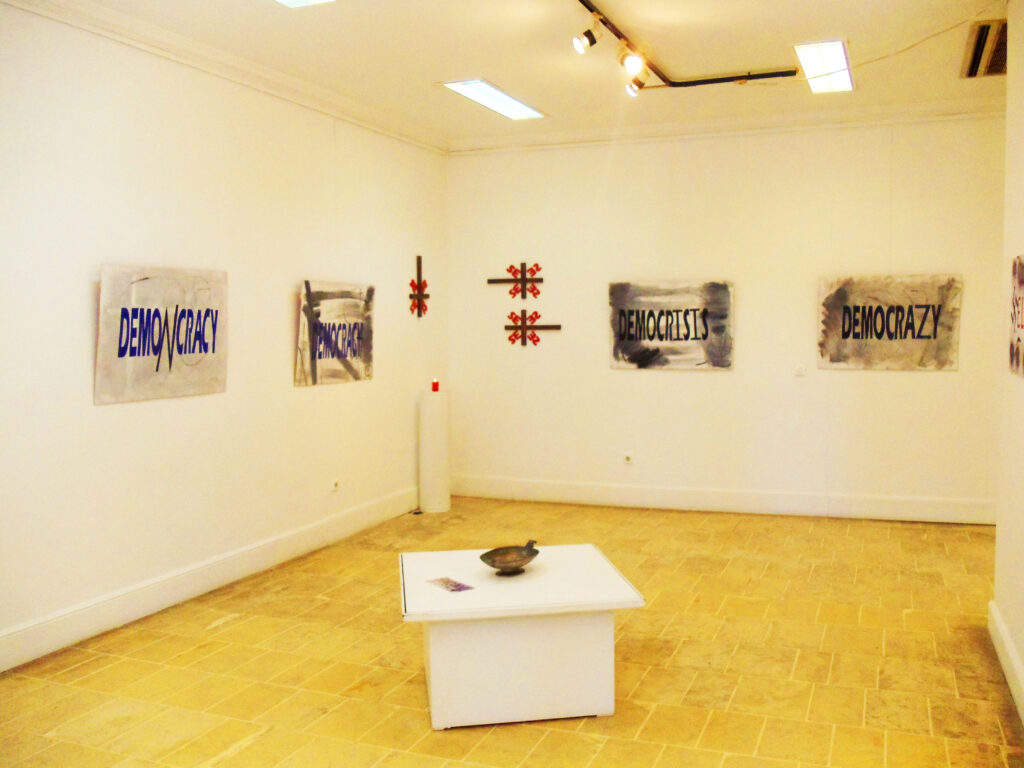 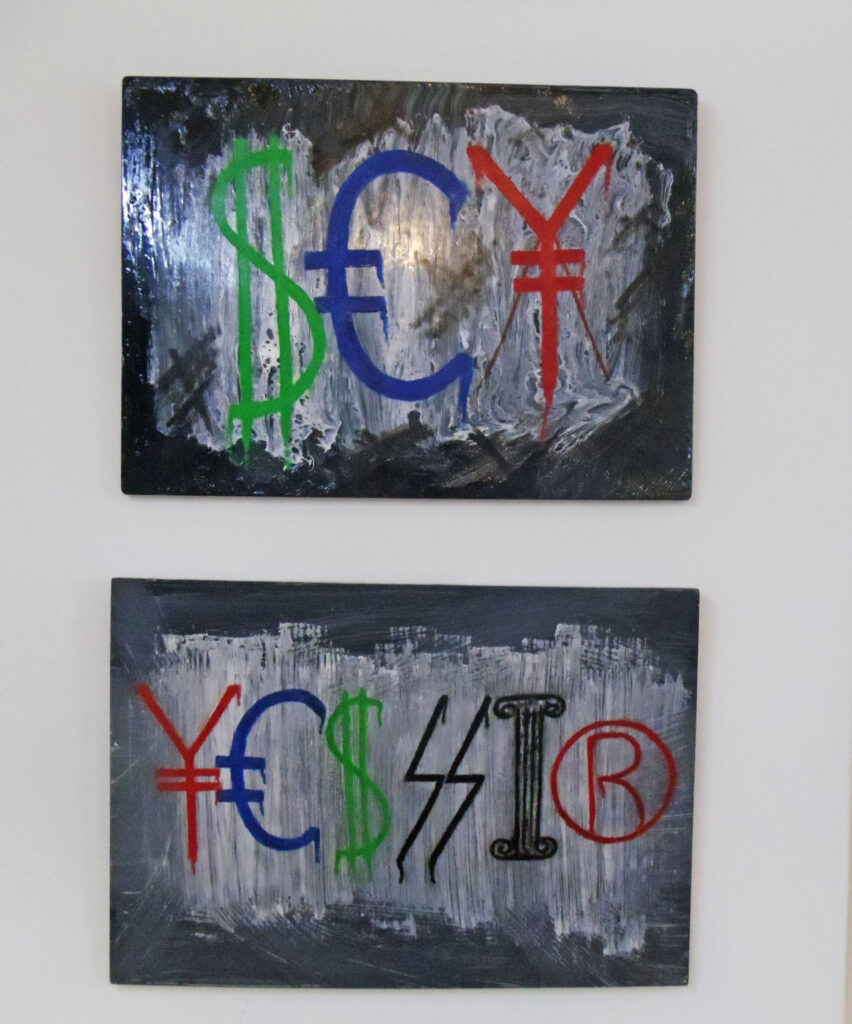 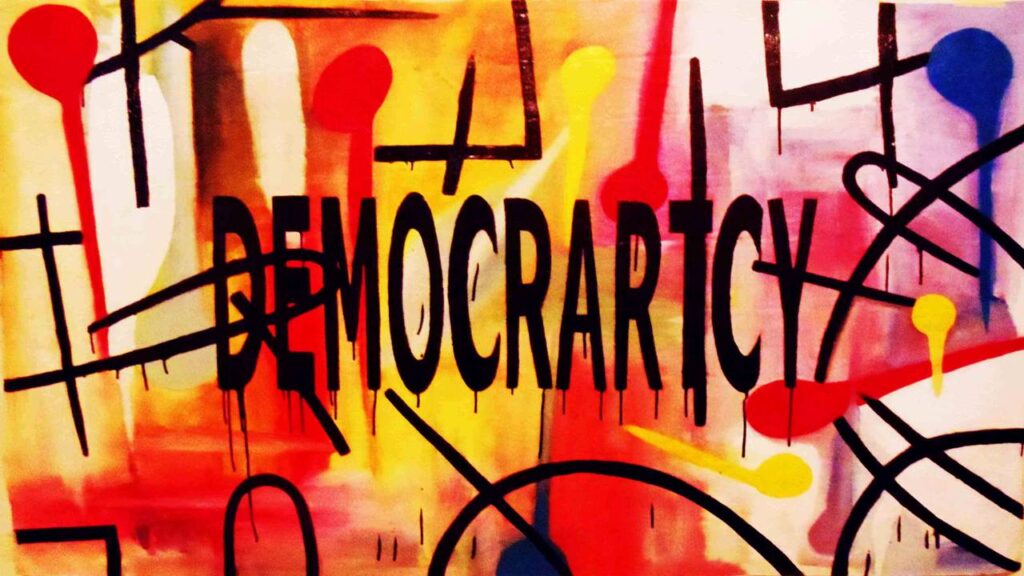 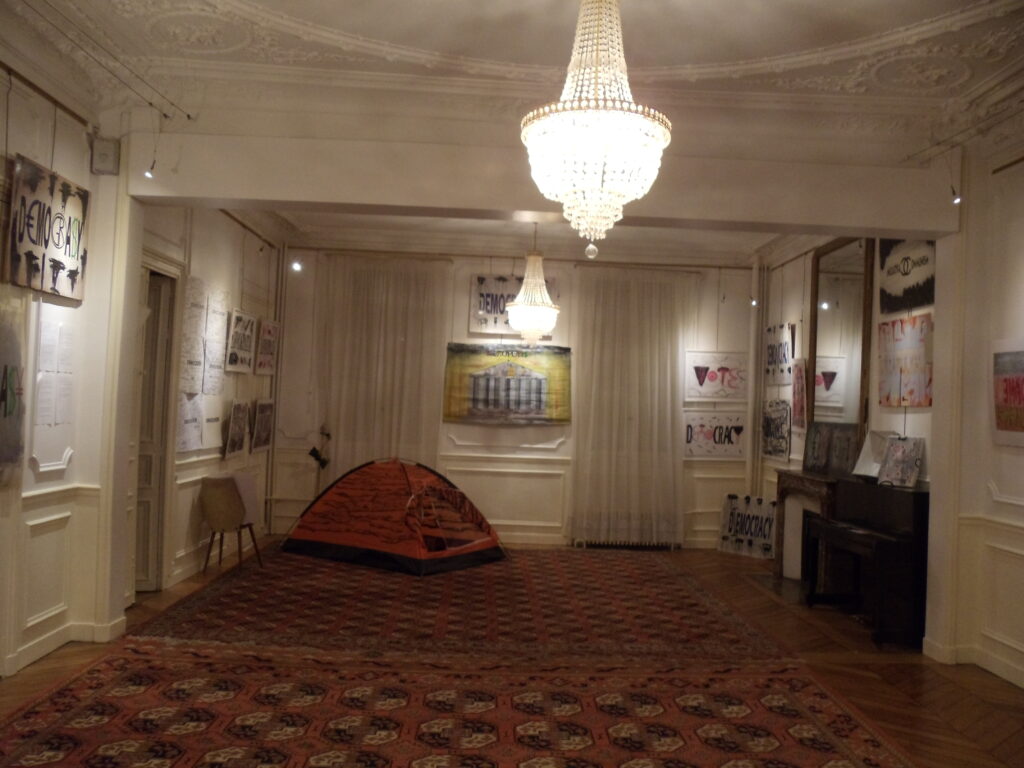 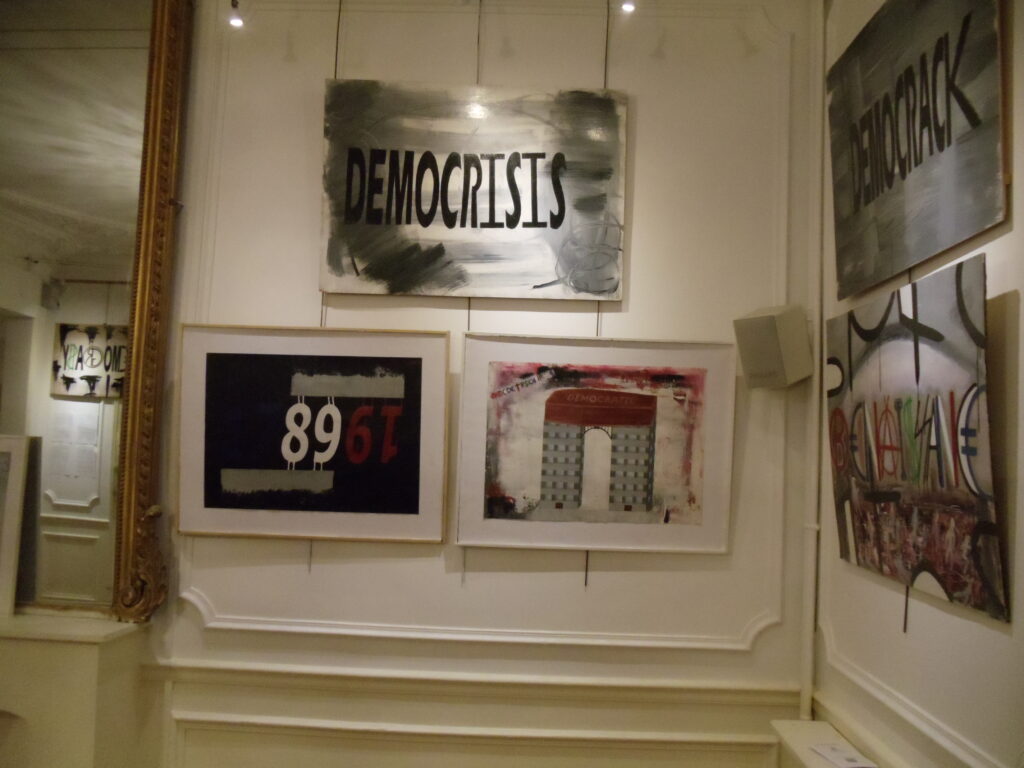 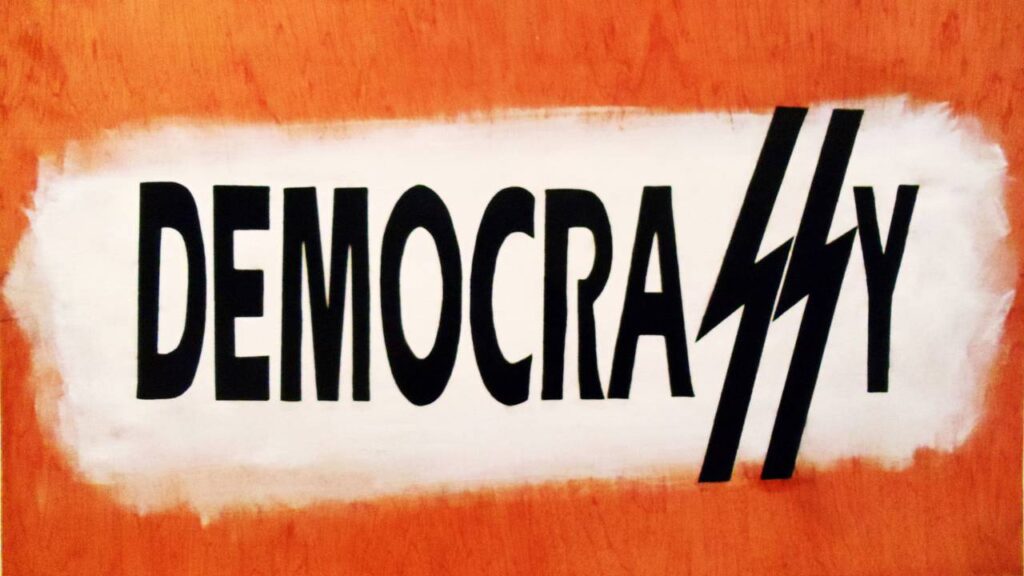 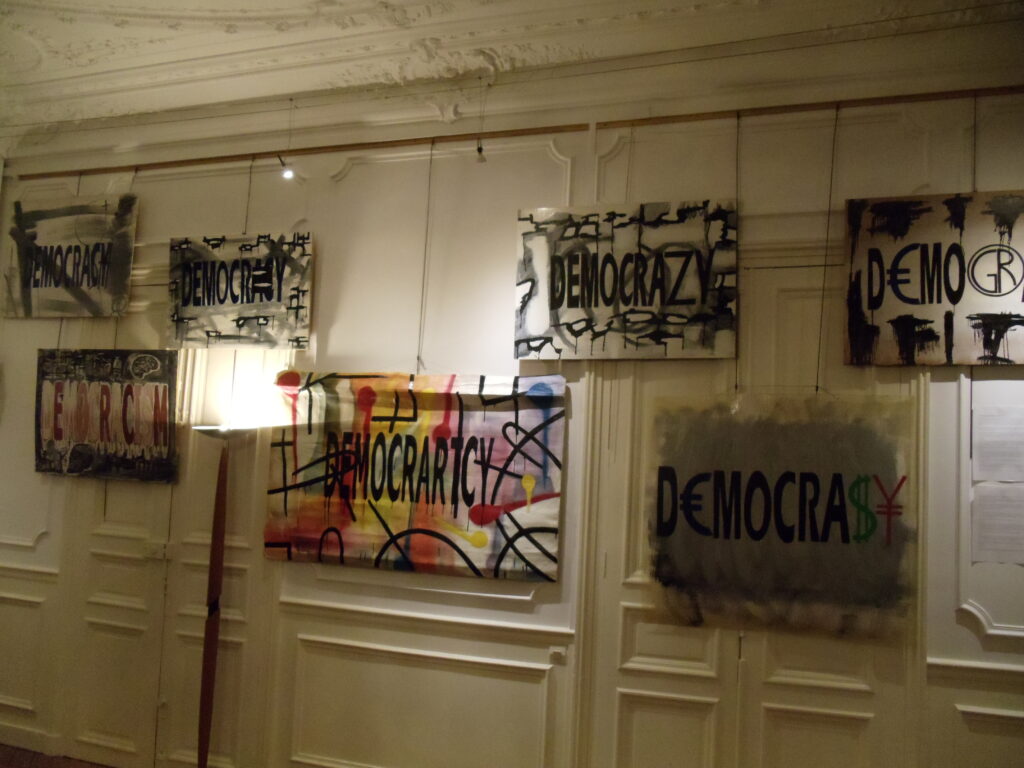 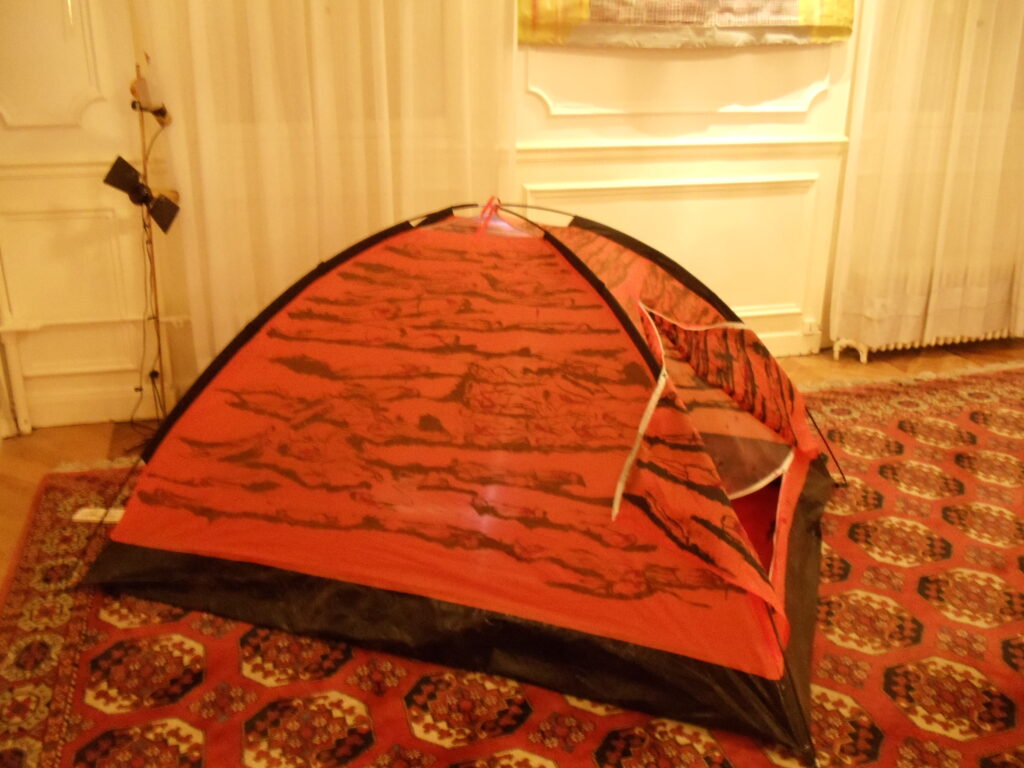 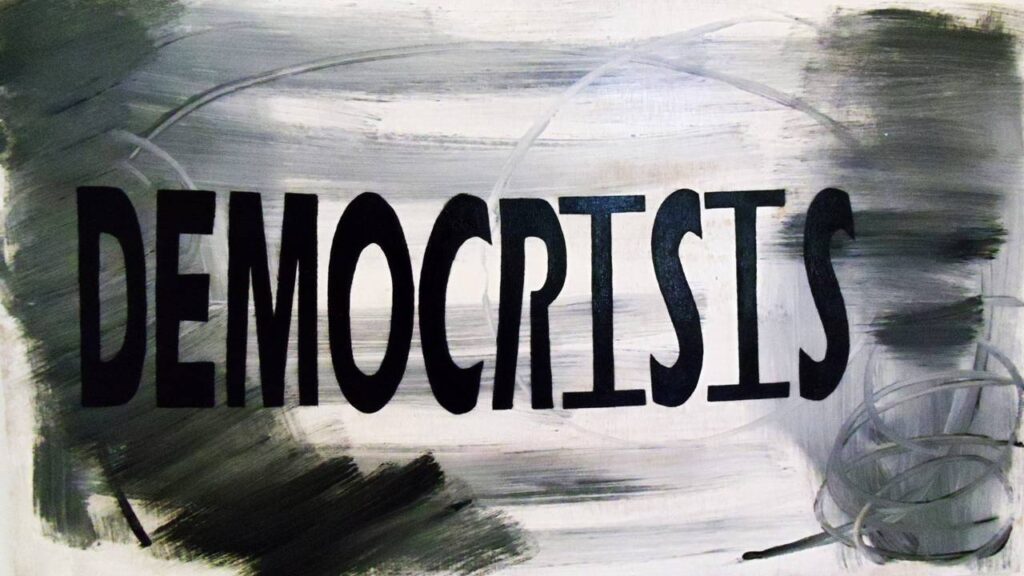 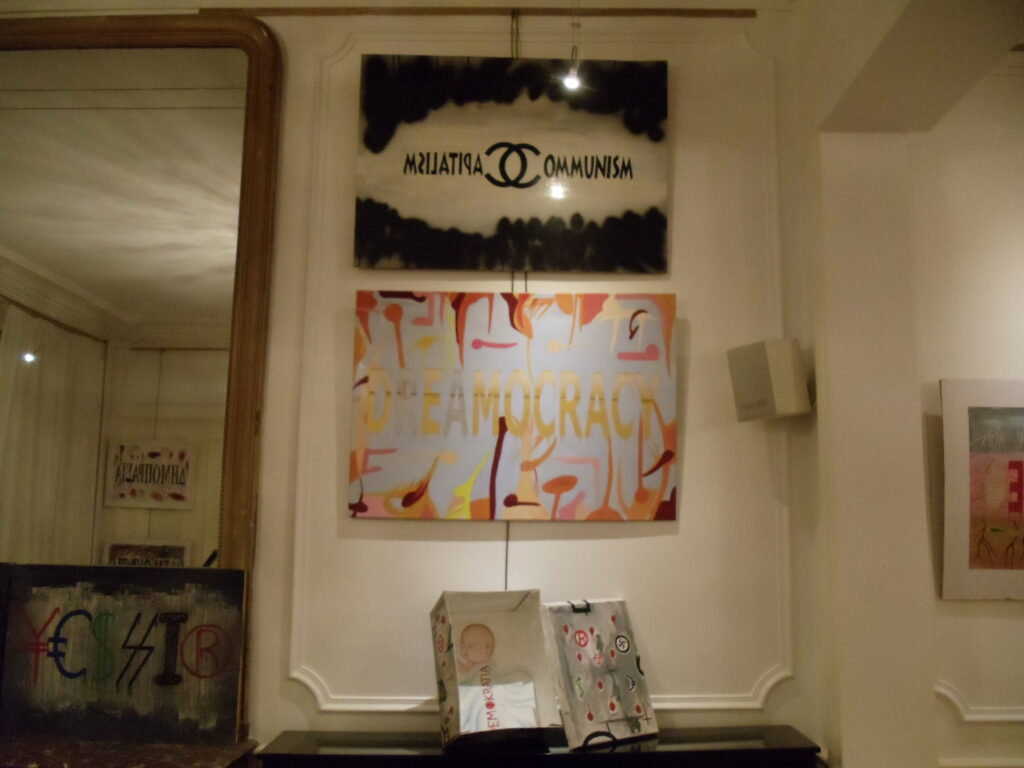 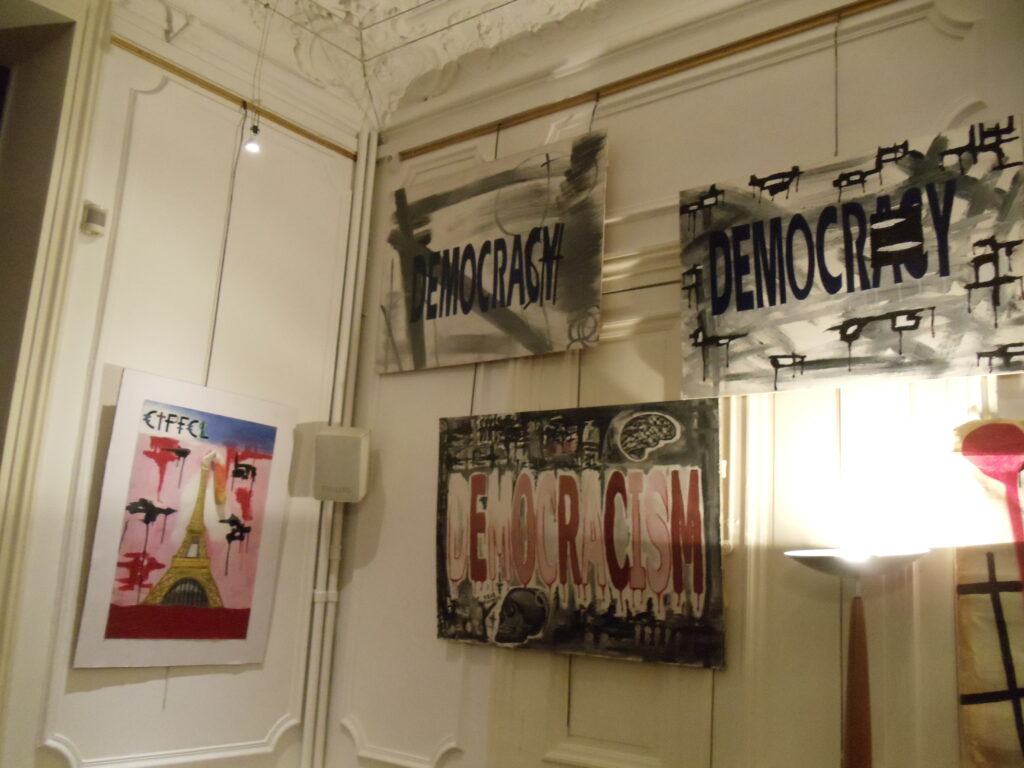 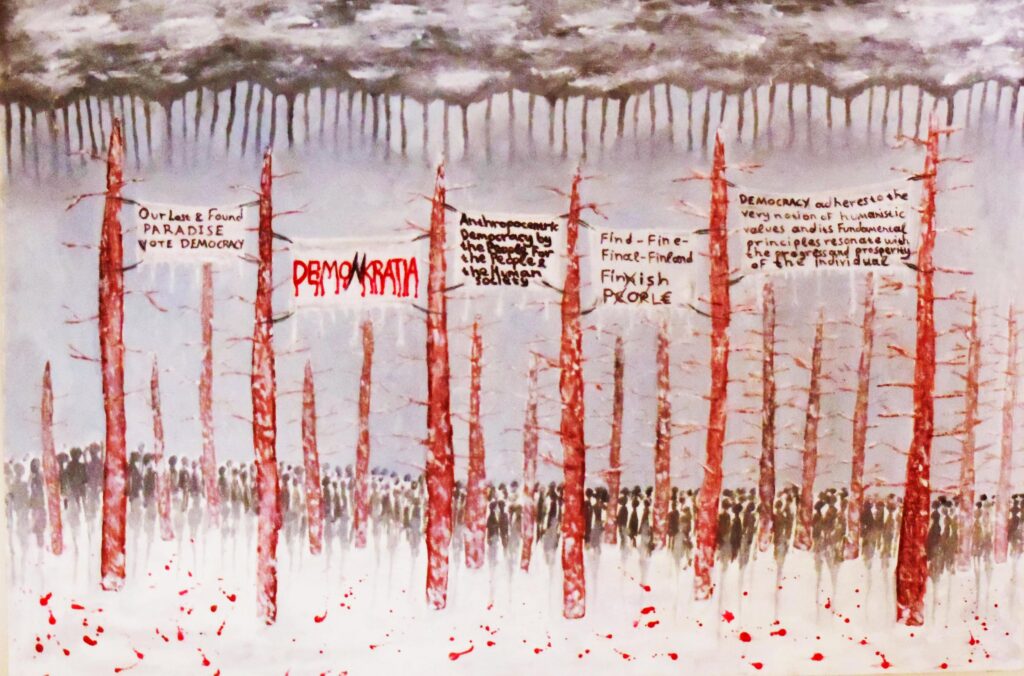 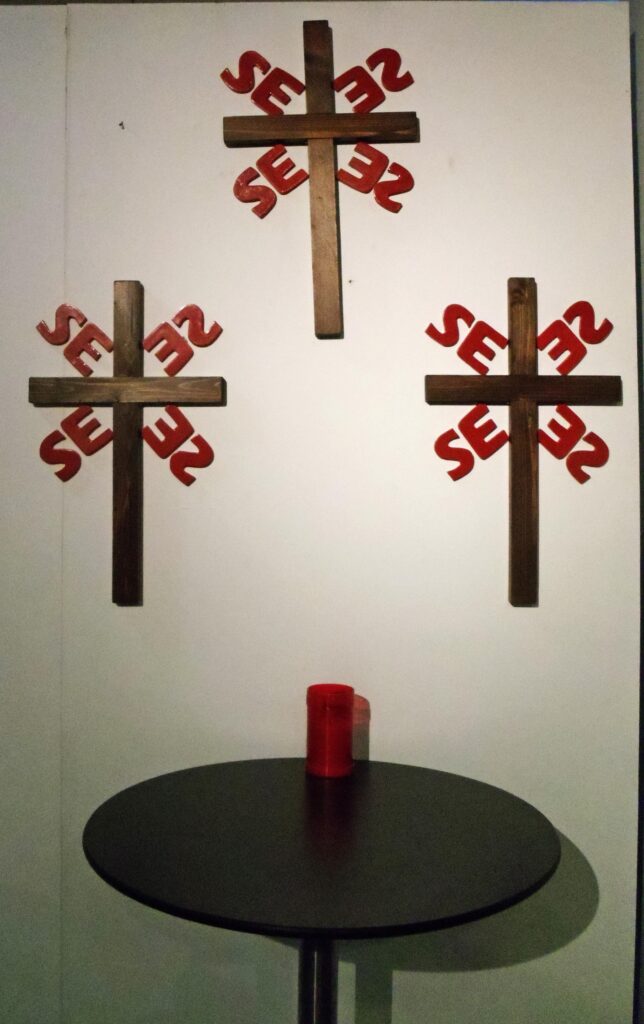 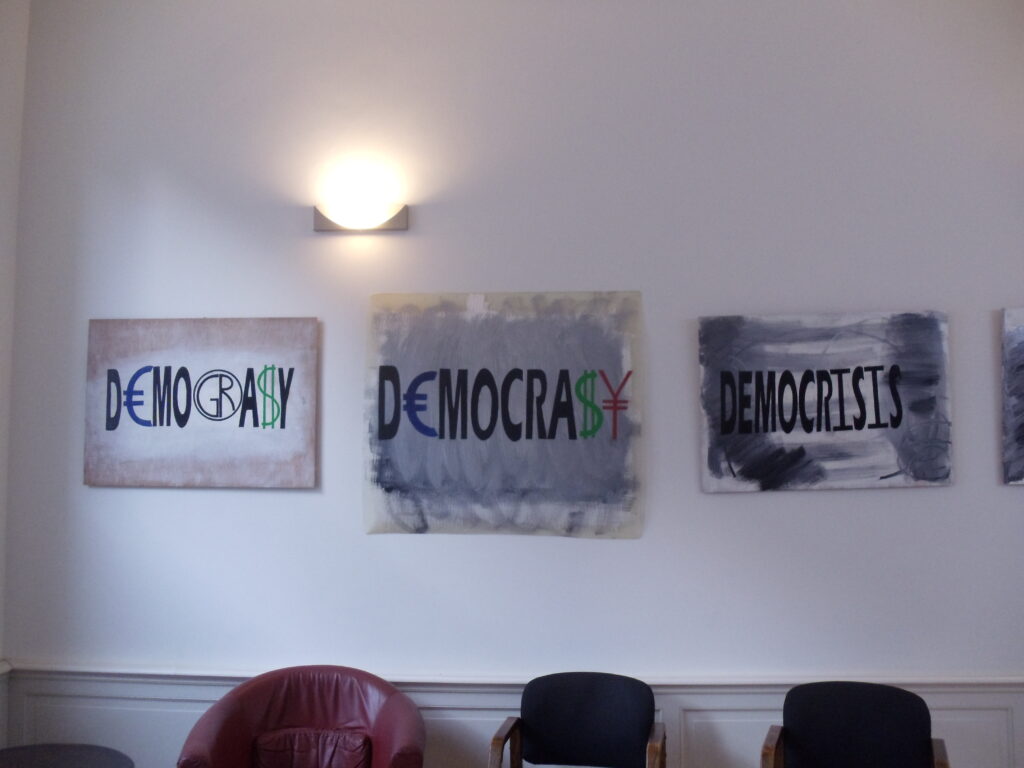 The LAND of DEMOCRACY with a remarkable collection of landscapes invites its visitors in a pleasure able vision of its history. The guide-narrator, calls us to let ourselves into a play of PICTURES caused by CONCEPT-WORDS and to enjoy a world built on this found a mental principle of creation (let us thus disabuse ourselves of the wish for other interpretations and let us seek visually the word).

In any case, we can all put forward our opinion and proposition regarding the LAND of DEMOCRACY and its contemporary aspects, simply by writing our thoughts on a blank wall at the end of our visitation. Let us not forget, that this contribution will form, including this aspect, the well known expression «in heritage for the generations to follow». So let us all give it a go! We hold in our narrative the inaugural comments by Mike Petrakis, who is the inspirator and curator of the action in this present installation.

DEMOCRACY, the principles and again the principles of equal citizenship, equality against the law, social justice, the contribution towards humanity, fraternity the different peoples, and of peace, the free access to knowledge, the just allocation of wealth, social dispensation. The  GARDEN of Eden, the land of BLISSFULNESS.

Mike Petrakis: The prerequisite for the balanced function of a human society.

DEMOCRACY, the land of UTOPIA for European and other western societies. The construction of a renewable system of mirroring, which calls itself «social and economic relations». The good manner of co-existence. The ROAD  towards all kinds of understanding of the many and various ideas, the AVENUE of all kinds of justifications, the felicity of law conformity.

DEMOCRACY, the land of political PRETENTION, of elaborate SCREENIN, of the variety of wise men, the dialogue with the still born. The land with the hidden demons of the invisible extermination, the world of sanctification for the victorious. THE LAUREL LEAF of POWER.

Mike Petrakis:  The unwritten moral laws are being trampled upon in favor of individual interests. The ruling power wears the face of emperors, leaders (political, religious) but also of the insatiable masses.

DEMOCRACY, the land of alleged spirit of fair competition, of the fighters and the champions of vested interest, of the melancholic strolls in the LAND of ADJECTITY of others. The triumph of statistical numbers. The ambient bridge of suicides, of the burned out lifes cells and of the many aphrodisiacs. The contemporary sexist version of domination and its magic self loving mirror.

Mike Petrakis: Their Democracy is nothing more than a nice commercial product and trick. In its play for profits thousands are its victims, fans who are lustfully following it, and most of the time are charred by it.

DEMOCRACY, the land of the waving recovery, of the causeless but not without roudy panic of the people, all kinds of so called solutions, of the final EXITLESS EXIT given the HISTORY modern societies.